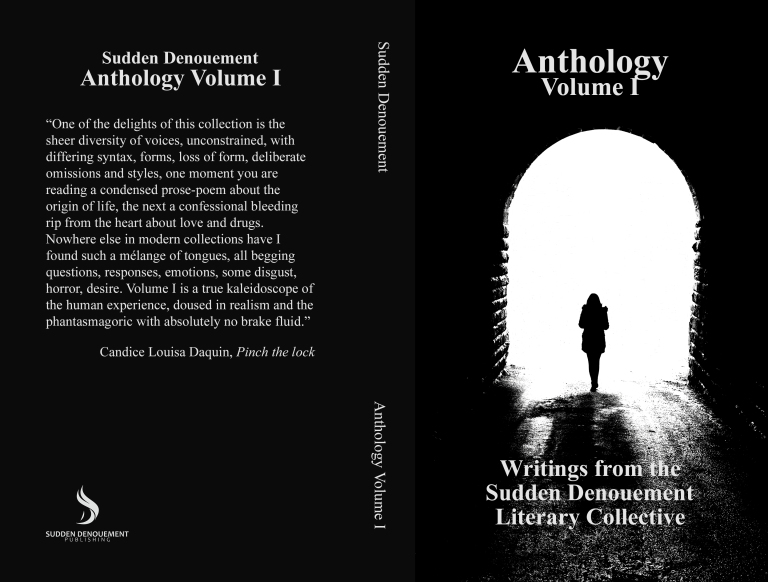 I am honoured to be one of those voices, with 4 poems.

via Just Released! Anthology Volume I: Writings from the Sudden Denouement Literary Collective

Changing the world, one word at a time.

Something to pick, savour, or chew over. Some windfalls.

Dating App for Vegans and Vegetarians

In Service to the Land and the Old Gods of Britain

The Feathered Sleep
Secret First Draft: Member of the Sudden Denouement Literary Collective
Authentic Shamanic drums
To the Salt of the Sea
I am a poet! I am. I am. I am a poet, I reaffirmed, ashamed.
plantsandapples.wordpress.com/