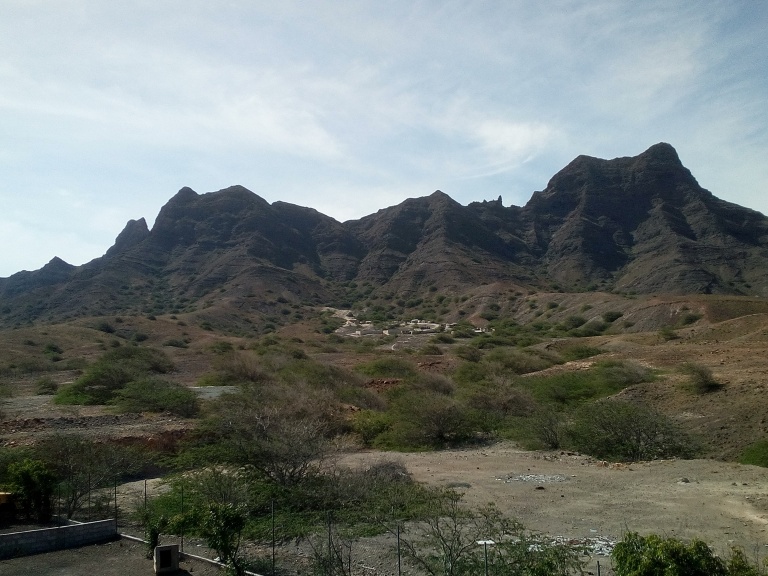 A little island, of isolated dialogue, washed by deeper current that flow over much.

It was a place of deep gullies, isolated shade where he toiled now, but in all of this heat, there was a whole infinitely connected warmth that surrounded him, a heart ablaze with unquenchable love. Even in the heat haze, that mirage inducing time towards the height of the day he knew the form that approached. She must have set off very early on her way, to what, she knew not. But the soul knew, that was all knowing that was required; that  immaterial knowledge held within the field of moving bones, somewhere, a pumping as yet strong heart

With him too, a lightness of quiet knowledge resided in every smile line around the eyes, the wispiness of rather silvered hair ends; the myriad days of sun blessings in this place and similar. He continued, not regardless of her steady approach, but still, on his allotted round, with the two dogs amongst what shade the scrubby bushes now gave.

There, paths met, at the place of memory after that immeasurable time, that which would not be exactly recalled, later. Their paths met, once more, manifest this time with guardian angels attendent and bought together all their souls inheritances, healed.

She had a pack, not big, but seemingly a little weight in there. He had an easier dog, less of an arm stretcher. Stopping finally, dust on his battered walking shoes, he bowed, hands clasped together albeit also clasping the two dogs lines. Head lowered, eyes lightly closed, but smiling. Then, upright, without words motioned for her to surrender the burden she had carried, all this way, all this time.

He took it, from her, in return she accepted from him the relaxed line comfortably attached to the tranquil hound. Yes, oh yes, there were glad glances, but for the most part they moved contentedly, purposefully now back up the track towards his humble shack. Together as a coherent body, moving deftly about the many rocks. Knowing that there was less, perhaps none, expectation of words; they might come a little later, maybe not – and that, simply, a worldly care.

All they had now in this moment were two dogs, two walking staffs, a pack, an abundance and radiance all about them. If you could say anything, anything at all of this, you might wonder just a little, why this morning of all that had passed before, he had alloted an extra amount of the fragrant herb with mauve flowers to the generous tea pot. It stood ready, on the fire for his customary post walk refreshment. Spring water, enough herbs, fire, tea for two it would seem, somehow prophesied. At last they embraced; or rather, finally their entity, the essence of that life given to loving acts and simple, frugal living, never really separated, was embraced with the fire, that never went out.

The Way of the Buzzard
From Peneverdant

The Feathered Sleep
Secret First Draft: Member of the Sudden Denouement Literary Collective
Authentic Shamanic drums
To the Salt of the Sea
I am a poet! I am. I am. I am a poet, I reaffirmed, ashamed.
superrobotparty